Our Board of Directors

Since 2004, Structural Integrity’s Board of Director’s goal is to offer council in all critical areas of our business: energy, human resources, finance, governance, strategic planning, and acquisitions and alliances. The current Board is consists of these seven members: 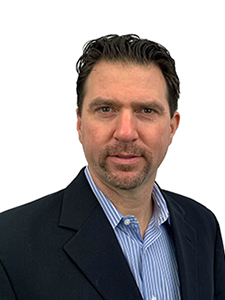 Matt joined the board in 2019 and is the former President and CEO of Wolf Creek Nuclear Operating Corp. While at Wolf Creek, he was responsible for all aspects of the safe, reliable, and cost-effective operation of the plant and supported the development of international leaders through the World Association of Nuclear Operators. Matt brings nearly 40 years of utility experience having worked in both the regulated and merchant energy markets. He also serves as a member and chairman of the nuclear safety review board for the Point Lepreau Nuclear Generating Station in New Brunswick, Canada.

Matt was elected as Structural Integrity Associates Board Chairman on August 27th, 2020.

Bill Barton was elected to the Structural Integrity Associates Board in 2009 with a strong background in finance, accounting, and risk management.  Bill retired as the Chief Financial Officer from Granite, a National Construction Company headquartered in Watsonville, California.

Barry Waitte was elected to the Structural Integrity Associates Board in 2006, and later re-elected in 2013 after a 1-year absence, during which he consulted for the Board.  Barry is a serial entrepreneur and has launched over a dozen companies, and founded and managed the Frontbridge company, a business class email security company that was eventually sold to Microsoft in 2005.  Barry continues to advise many companies in their growth as advisor and/or Board positions.

A native Northern Californian, developed a love of the wine country during visits and vacations to Napa Valley with his parents, and since has developed a passion for the area and wine making. In 1999 Barry acquired vineyard property and in 2001 began making commercial wine through the Tamber Bey Vineyards label.  Barry is also engaged in numerous philanthropic campaigns through his namesake family foundation, The Waitte Foundation supports organizations such as the St. Helena Hospital Foundation, Boys and Girls Club of Napa, Napa Education Foundation, Children’s Health Initiative of Napa County as well as Opportunity International, a world-wide micro-loan agency for the under-privileged.

Barry is a graduate of Cal Poly in San Luis Obispo (BS-Accounting/Finance) and UC Berkeley (MBA), completed executive programs at Northwestern (Kellogg), University of Pennsylvania (Wharton) and Stanford University, and later did continued studies in viticulture and enology at UC Davis when entering the wine business.

Mr. De Risi joined Structural Integrity in 1995 and is currently the Director of Corporate Risk & Safety.   Doug’s business acumen, rooted in his BS BA from Indiana University, has proven a great asset and support to each business unit and the management of contracts for the business.  Doug has over 25 years of experience in Risk Management, professional corporate insurances and advanced strategic risk strategies.  He is currently certified in Enterprise Risk Management (ERM) and well versed in business risk assessment programs.   Doug has served on the board of directors from 2002 – 2009 and was re-elected in 2011. Mr. De Risi currently serves as Vice Chairman of the Board and is a member of the Compensation and Governance Committees.

Mr. Riccardella is the Director of Strategic Initiatives and an Associate in support of the Oil and Gas Pipeline industry for Structural Integrity Associates. For the last twelve years, Mr. Riccardella has served as a consultant on a wide range of integrity management, assessment, fracture mechanics and NDE projects for several major pipeline operators. He is a NACE certified Cathodic Protection (CP) Level 2 and holds an engineering degree from the University of California (UC), Santa Barbara. Mr. Riccardella also received an MBA from UC Irvine in 2005. In 2018, Mr. Riccardella received the PRCI distinguished researcher award for notable research and contributions to the pipeline industry.   Mr. Riccardella was elected to the SI Board of Directors in 2018, where he currently serves as the Chairman of the Governance Committee.

Bachelor of Science, State University of New York at Oswego

Marano joins SI following a brief retirement from Westinghouse Electric Company, where he previously was Chief Operating Officer where he oversaw core global products and services and played a key role in the company’s emergence from bankruptcy.  Previously, Marano served as Westinghouse President, Americas and EMEA sales regions for four years, driving strategic revenue growth in a challenging nuclear market.

Because these cookies are strictly necessary to deliver the website, refuseing them will have impact how our site functions. You always can block or delete cookies by changing your browser settings and force blocking all cookies on this website. But this will always prompt you to accept/refuse cookies when revisiting our site.